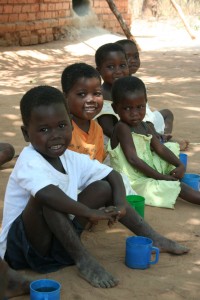 Ripple Africa is a small UK-based charity which supports the community in Mwaya, Malawi by running educational, health and environmental activities there. Trust in Children supported RIPPLE Africa with three grants to its educational work between 2006 and 2012.

Malawi has one of the highest HIV/AIDS rates in the world, with 14% of the adult population – approximately 900,000 people – infected. A lack of education means the virus is heavily stigmatised; the lack of empowerment of women further hampers efforts to reduce the infection rate. The fact that nearly half the children at Kapanda school (run by RIPPLE Africa) are girls works towards changing this.

A history of political corruption has contributed to Malawi’s widespread poverty. More than half a million children have been orphaned as a result of HIV/AIDS. At Kapanda school, about one third of children are orphans; the school offers these children stability. It also teaches HIV/AIDS awareness classes to combat high rates of teenage sex.

TiC ‘s first grant contributed to the building of a classroom block in Kapanda Secondary School. The building work started in May 2007 and the double classroom block now houses forms one and two, with over 120 children now attending the school. 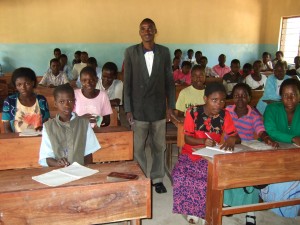 TiC’s second grant to RIPPLE Africa was for the production of desks for the new classrooms, which were initially used by the children without desks. The desks were built in 2008-9 by local craftsmen, creating work in the community and using local materials.

Children from Kapanda School participated in TiC’s When I Grow Up exhibition in October 2009. Opharton, one of the students, said: “I like going to school but since my father died my mother has been unable to work and will not be able to afford the school fees. In the future I want to be able to help support my mother, brother and sisters better.”

Most recently, Trust in Children made a grant enabling RIPPLE Africa to start a new project, the Sweet Potato Project. The project aims to give all the children in RIPPLE’s eight pre-schools a lunchtime meal, combating hunger, improving concentration, and providing an incentive to attend school (especially for orphans or vulnerable children who were not previously attending.)  An additional benefit of this project is that it also provides an additional income to the pre-school teachers who care for the children.

Staff at RIPPLE Africa say: “Mealtimes are now one of the highlights of the afternoon for the children…  Students learn, sing, and concentrate during the morning lessons, and are then able to play while lunch is prepared and it is in many ways a reward for their hard work in the morning.  The meals create a positive structure to classroom time and we’ve seen a significant increase in discipline and positive behaviour of the students as they know they are working towards playtime and mealtime at the end of the lesson.

“Attendance has never been higher, and we have been able to attract orphaned children who were never attending before.  Our teachers believe that this is down to the provision of food, where children who are hungry are attracted to attend and the meal has indeed acted as an incentive as we had hoped.  Even for children who are not orphaned but who previously might only have had one or maybe two meals a day, they are now receiving a lunchtime meal at school where their families never sent them with food before.  This positive to the health of the children, but it also means that parents feel positively about their children attending the pre-schools and creates an early positive association with education.  Lastly, the teachers are pleased to have the supplementary income which is positive in a community where so many people live in poverty.”