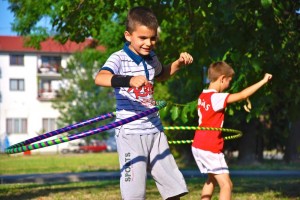 Project Firefly is a TiC-supported project run by Firefly International, a small charity started in 1998 by Edinburgh University student Ellie Maxwell to build on shared interests within communities. TiC fully funds Project Firefly in Brko, Bosnia, which enables young people aged 14 to 18 to set up and run their own community projects. Workshops include dance, Spanish, juggling, photography and sound engineering. The project is run by local coordinator Dana.

TiC first came across Firefly International when Trustee Leonora Borg volunteered for the charity, travelling to Bosnia in 1999 to work on summer camps which united children from different ethnic backgrounds. At the start of the camps, the children would not speak to each other or eat at the same tables; at the end of the week they were swapping e-mails and hugging each other goodbye. Aware of the huge benefit of Firefly’s projects, TiC has been funding Project Firefly since 2007. Its founder Ellie tragically died this year, but the project continues to thrive. 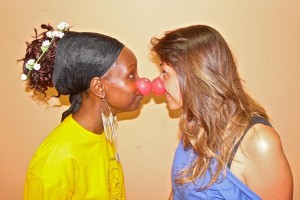 The 1992 to 1995 internal war in Bosnia left its infrastructure and economy in tatters. Two million people – about half the population – were displaced. More than a decade later, the country still faces enormous cultural, political and economic challenges as tensions remain amongst its ethnic groups the Bosniaks, Serbs and Croats. Nearly 20% of the population is below the poverty line and another 30% is close to it.

Firefly’s art work was displayed in TiC’s When I Grow Up art exhibition in October 2009. It shows children wanting to make a real difference to help Bosnia flourish; the professions they aspire to include law, genetics and becoming a female pilot. 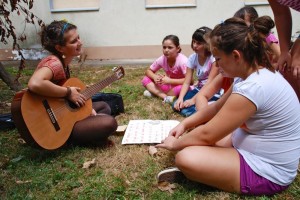 Eldina said: “When I grow up, I want to become a teacher. I like to be with my friends and I like to sing. The best thing in my life right now is my friend Belma. If I could change one thing it would be my teacher”.